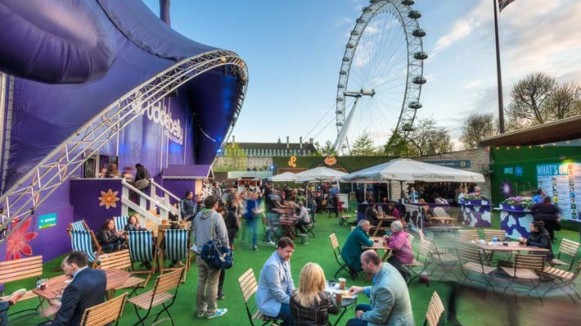 See The Noise Next Door in London on 15th May, 12th June and 24th June! The big purple cow known as The Udderbelly has once again been opened on London’s Southbank for a season of comedy spectacles and The Noise Next Door have been invited to be part of the madness. No less than THREE shows during May and June have been handed over to everyone’s favourite five man improv comedy juggernaut… 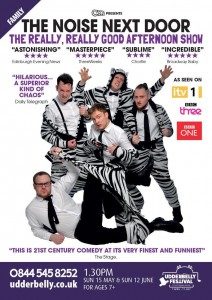 The sell-out comedy sensation of last year’s Udderberlly Festival return to London with a show to make anybody and everybody laugh.

Join The Noise Next Door for an afternoon of outlandish characters, perfect punch lines and awesome songs all mixed up with the guys’ trademark brand of finely tuned off-the-cuff anarchy. 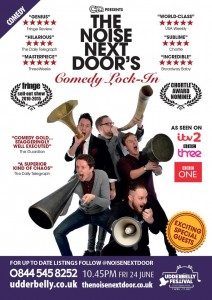 The Noise Next Door’s Comedy Lock-In is a one-of-a-kind night of entertainment with the most exhilarating act in comedy and their all-star special guests.