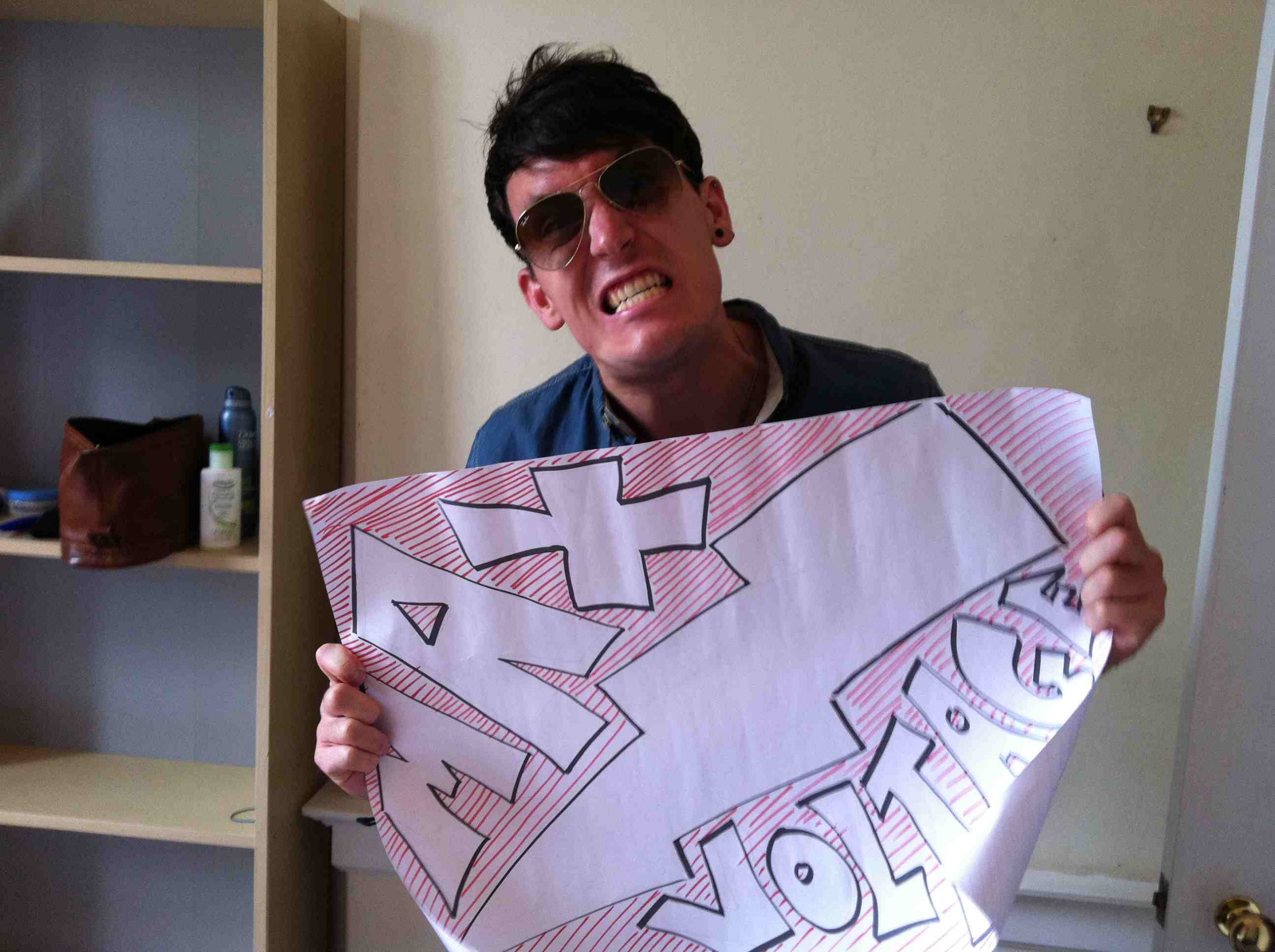 LETS GET READY TO RUUUUUMBLE! This week’s diary entry may be slightly influenced by the fact that last night we had the pleasure of watching the one off comedy sensation that was ‘The Wrestling’. It was epic… professional wrestlers and top comics in a series of incredible and quite hilarious wrestling bouts. You don’t know what awesome is until you’ve seen Tom Rosenthal trying to chew the nipple off a man with a metal plate in his forehead. You really don’t. The five of us and just about everyone else at the Fringe packed into the Pleasance Grand to cheer, jeer, boo and chant for two hours of super entertainment. (Noise Rating: 5 stars… AWESOME) We were also very happy to be slightly involved… During the preshow video we were featured in an interview with bespectacled hobbit and Pappy’s man Matt Crosby. We had a fight… Because that’s how we roll.

Elsewhere in week two, we were guests on Neil and Christine Hamilton’s chat show (Yes… Really), we appeared on Assembley’s ‘Best of the Fest – Caberet’ show alongside the delectable Kitty Cointreau, we popped back to Glasgow for the second weekend in a row for Jongleurs and had some lovely chats with various festival friends both old and new Tom Allen (mixer/spirit combos) Jim Campbell (probable asylum breakouts) and Maff Brown (his new boyband haircut).

We’ve been packing out audiences almost every night and we really want to thank everyone who has come along so far. We’re heading off to the ‘Halfway Party’ tonight… 2 weeks down, 2 weeks to go. We’ll let you know how it goes.

P.S… We’ve started selling our brand new ‘The Noise Next Door – Live’ DVDs after our shows this week. So THAT is very exciting. If you are in Edinburgh you can buy them from the Information Point in the Pleasance Courtyard if not… Come chat to us after our next gig near you!